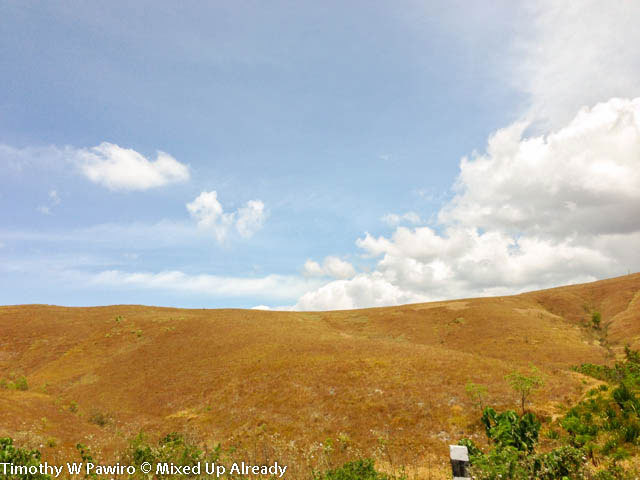 Leaving Tarimbang was hard for us – myself, Halim, and Sinthya, but our adventure needed to continue. This time, we headed to Waingapu, another big city in Sumba Island (East Sumba to be exact). The trip from Tarimbang to Waingapu took about 3 hours by car. Another long trip to explore Sumba Island. Sinthya did not join us this time as she had to do something in Weetabula. 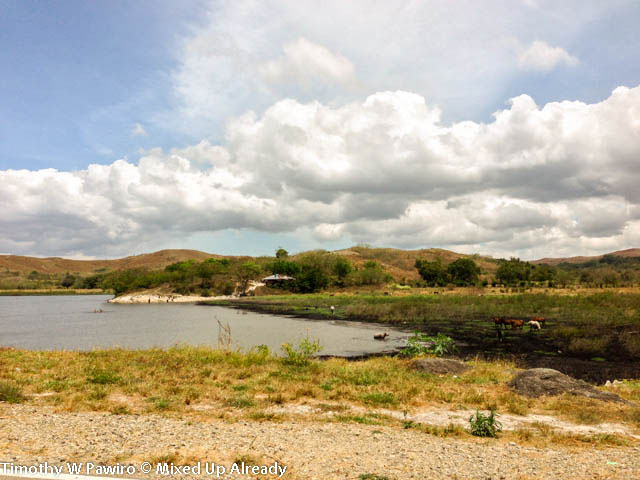 A small lake on our way to Waingapu [Sumba – Indonesia]

Actually there is also an airport in Waingapu, and we could just go from there back to Bali, but as we bought return promo tickets, so I did not really have the time to think about this. I needed to buy it fast before it went away! That was why, the return tickets were to and from Tambolaka airport! Lol …

On the way there, we actually went up and down passing the hills, and at one point, we could see Waingapu from above. 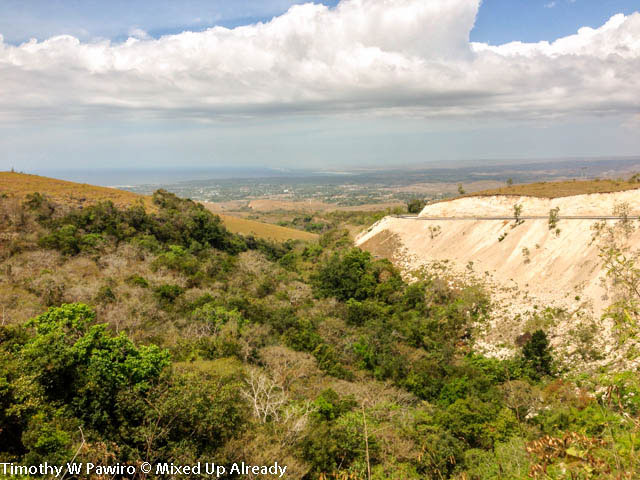 You could see Waingapu from here [Sumba – Indonesia] 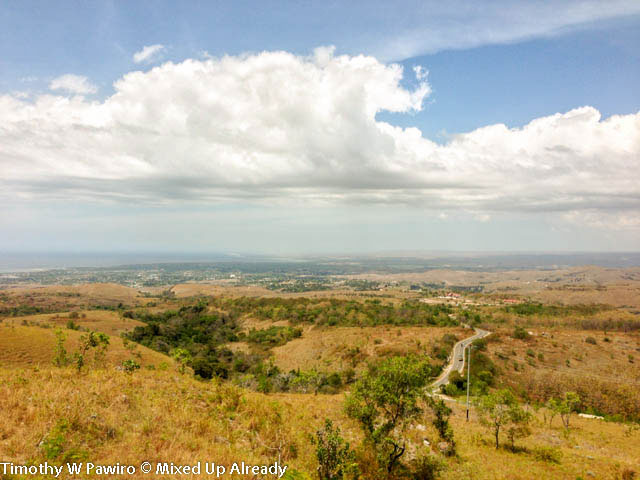 Another view of Waingapu from above, and yes, it is still a long way to go there 😉 [Sumba – Indonesia]

Myself and Halim, decided to stay in Waingapu for 2 nights before we went back to Weetabula, which was another long trip haha! I actually also wanted to go to Kalala beach, which is also located in East Sumba, but unfortunately it would take another long hour for us to go there, and also the trip was expensive too (if we used the travel car service) :-/ 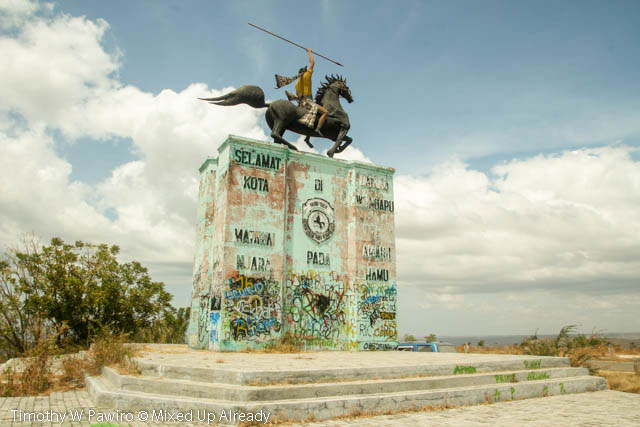 We arrived in Waingapu at around 1PM.

After we put our backpacks at our room in one of the hotels in the city, we rent a motorcycle and looked for something to eat, then we went for a sight seeing.

There was not much time to explore a lot of things outside of the city. The closest one would be … Kuta. Hmm … There is Kuta in Sumba?!?! Yes it is … Well, it is not a beach actually, but it is the name of a village too … Kuta Village. If I am not mistaken, it took us for about 30 minutes to reach this beach from the city. It was actually quite far, plus I think we lost our way too! Haha. 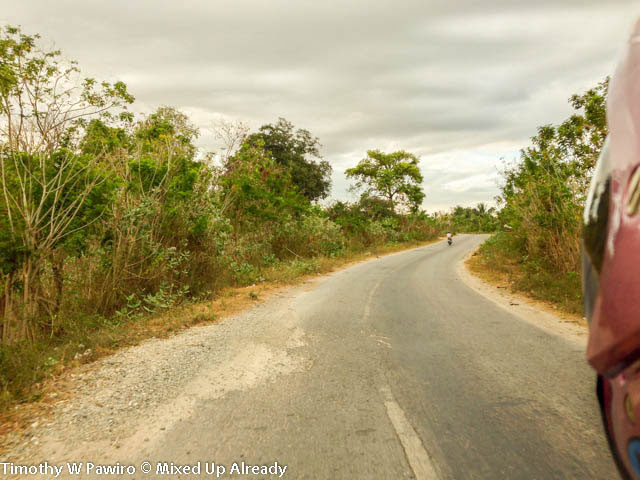 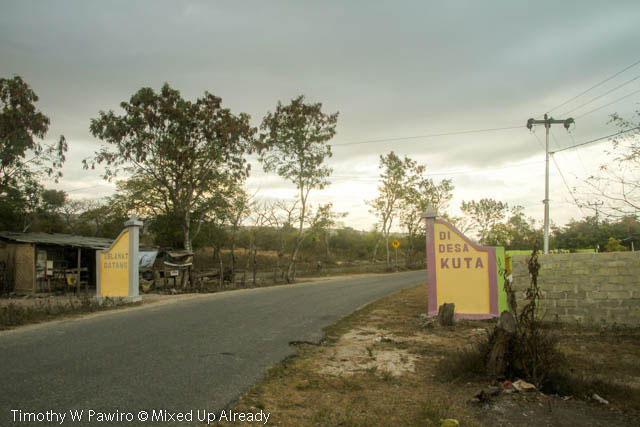 There was a beach near Kuta which is called Londa Lima Beach. Many people visited this beach actually, and there was also some young people who played a sport game on the beach too!

We then returned to the city before 5PM.

Halim … The King of the Road? [Sumba – Indonesia] 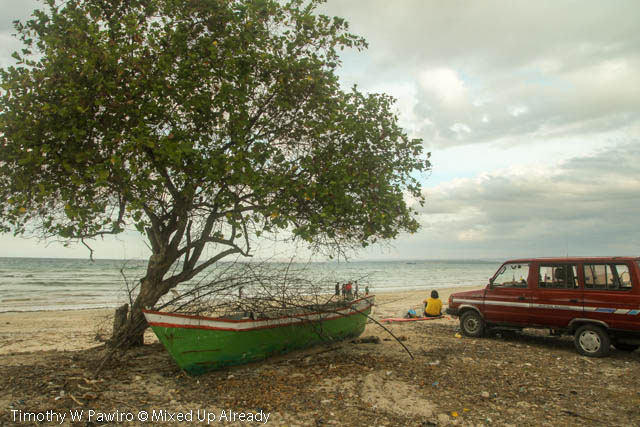 A picnic with the family at Kuta beach [Sumba – Indonesia] 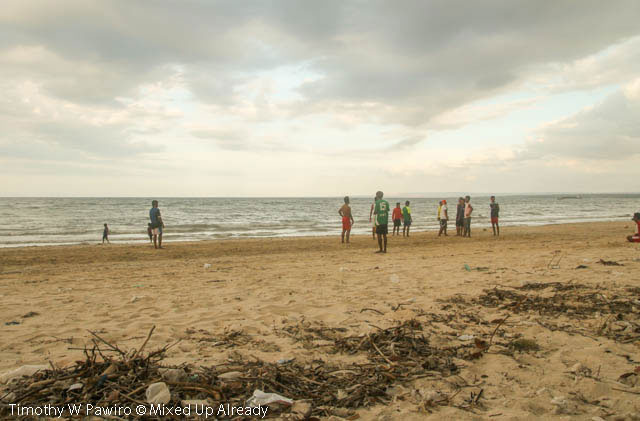 Sport on the beach! – at Kuta beach [Sumba – Indonesia]

Entering the city, we thought that it was still too early to go back to the hotel, and we decided to find something to see in the city …

We then found Waingapu Harbour, and surprisingly there was a big ship that docked in that harbour. I thought at first it was a Red Cross ship, but apparently, the KRI Soeharso ship is one of the mobile hospitals that is owned by the Indonesian Marine. It was not only used as the mobile hospital, but it was also a ship to transport military personnel and it also has a landing platform dock. 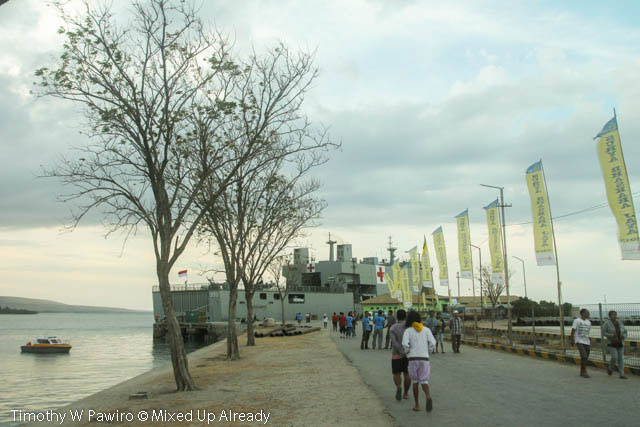 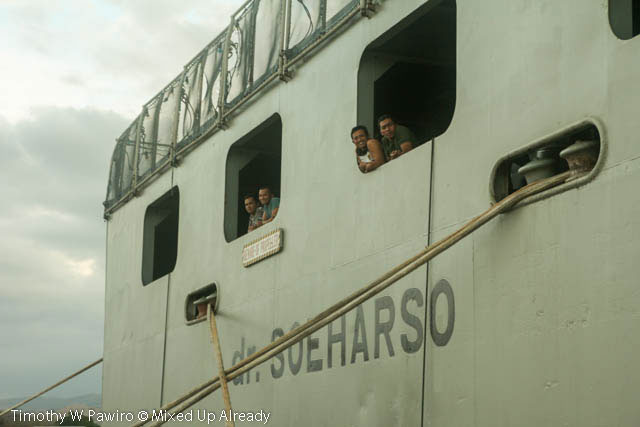 I think that was my first time to see the Indonesian Republic ship (KRI) with my own eyes. It was so big!

It was not only us who used this opportunity to see the ship in a close distance. Many people also visited the harbour to see this. 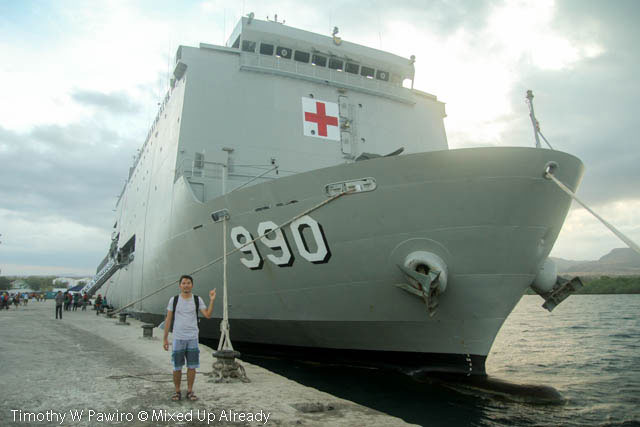 The KRI Soeharso is big! – at Waingapu Harbour [Sumba – Indonesia]

Well, it was a very nice first day in Waingapu, and we could not wait to see more! 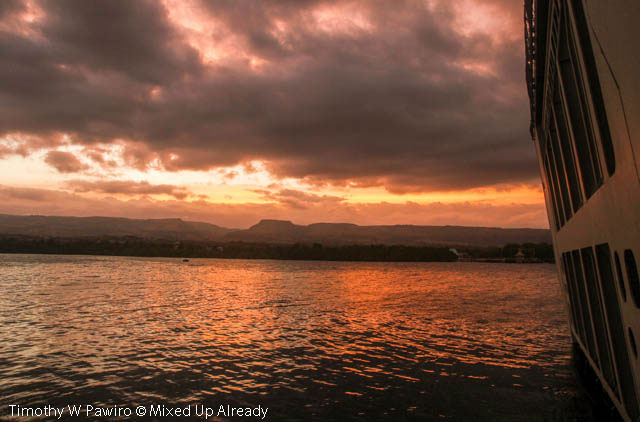 A bit of sunset view from Waingapu Harbour [Sumba – Indonesia] 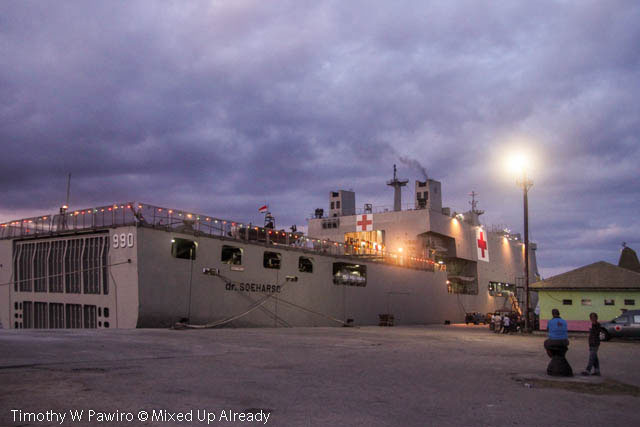 The view of KRI Soeharso during the golden hour [Sumba – Indonesia]