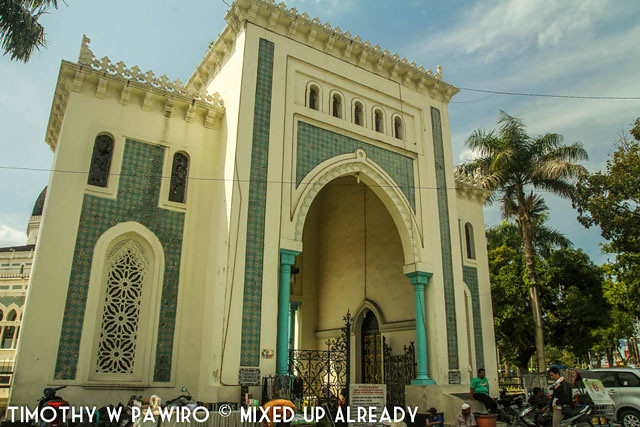 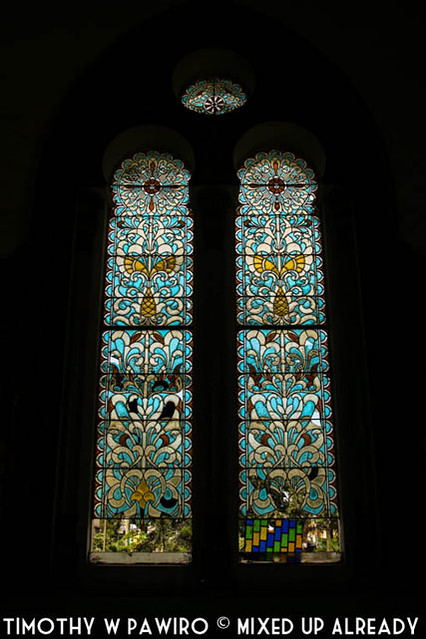 The Al-Mashun mosque was built from 1906 – 1090 was built by one of the Deli Sultans, where the design was made with the same person that designed Maimoon Palace. Some of the materials were even imported from European countries (from the chandeliers – France, the tile – Italy), and also China (the stained windows).

When I entered the main building – not during the pray time, I could see that the design is just special, from the marble pillars, the arch which looks like Moroccan style, and all the details are just beautiful! These had to be expensive materials as the cost to build this was around one million gulden during that time. Even they made the big gate a la Moroccan style as the entrance. 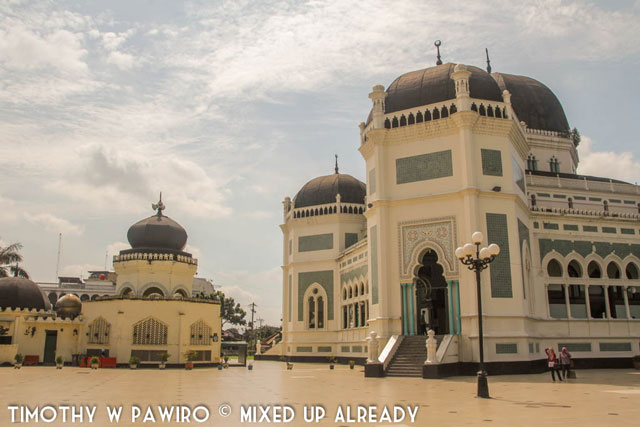 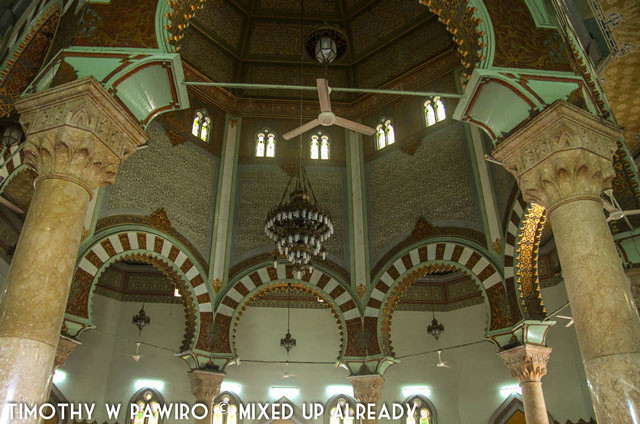 Inside the main building of Al-Mashun mosque (Medan, Indonesia) 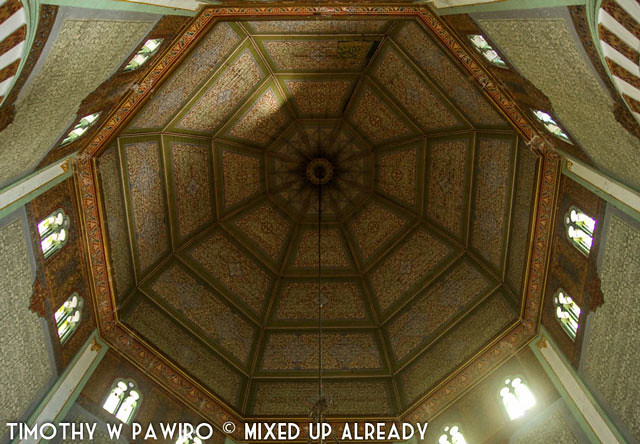 The dome that is built using the octagonal base in Al-Mashun mosque (Medan, Indonesia) 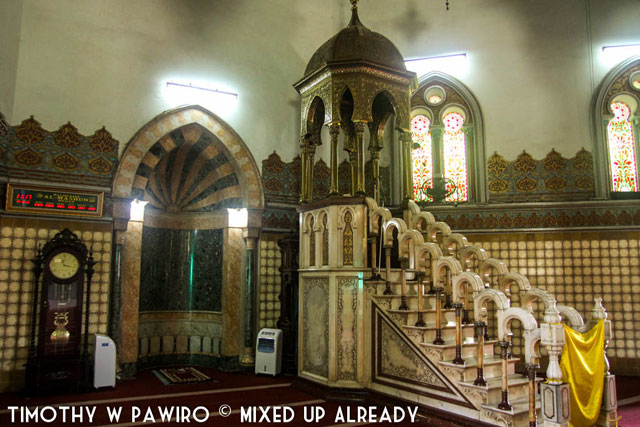 Still inside the main building of Al-Mashun mosque (Medan, Indonesia)

The Al-Mashun mosque is still being used until now for the place of worship, so it’s so grateful that the government preserves this building that is so rich with cultures in the design of the building. 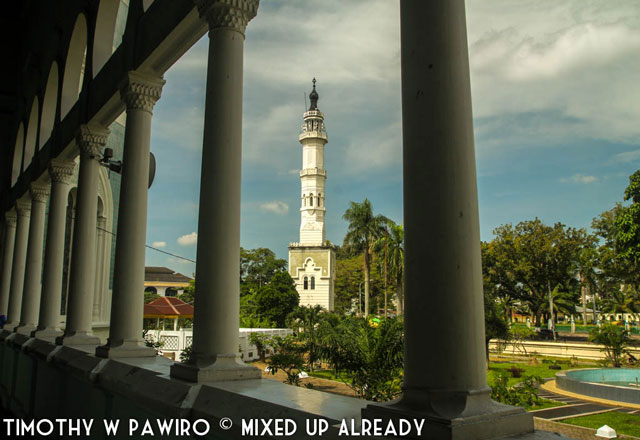 The backyard through the pillars of the Al-Mashun mosque (Medan, Indonesia) 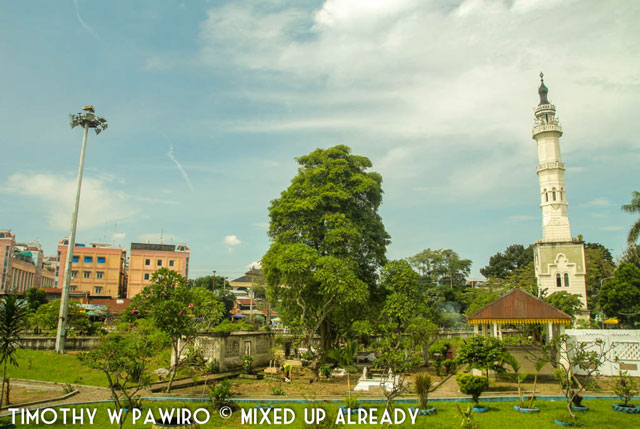 The backyard of Al-Mashun mosque (there’s a graveyard too there!)