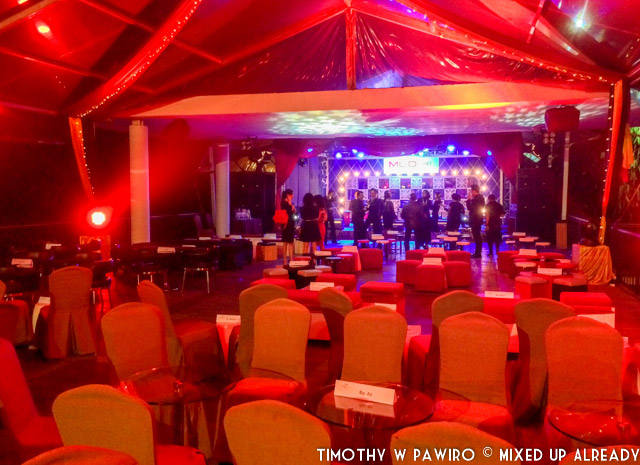 What you are planning to do if you want to have yourself a birthday party?

A dinner with friends or love one? Hang out with your best buddies? Having a pool party? Or something else just like what Padma Hotel Bandung did in their 5th anniversary.

During the celebration of Padma Hotel Bandung 5th anniversary, they don’t just give us – me and other fellow bloggers + of course their guests – the free flow of wine, but also cigars, sponsored by some of their partners plus a special performance by D’Cinnamons. It’s an evening that I believe many wine lover came to enjoy the wine from Sababay, the cigars from Dos Hermanos.

But wait … Did I just say free flow of wine and cigars? Yes … I am right! The guest could drink [responsibly] as many wine as possible, or tried the cigars as many as they wanted … 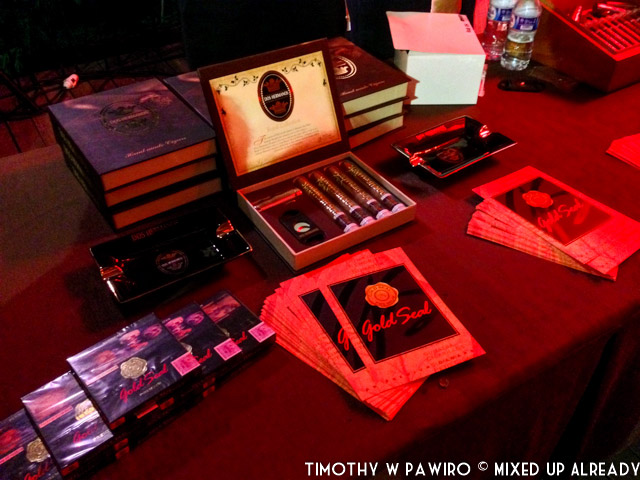 Free of cigars by Dos Hermanos, everyone?! – at 5th Anniversary of Padma Hotel Bandung [Indonesia] 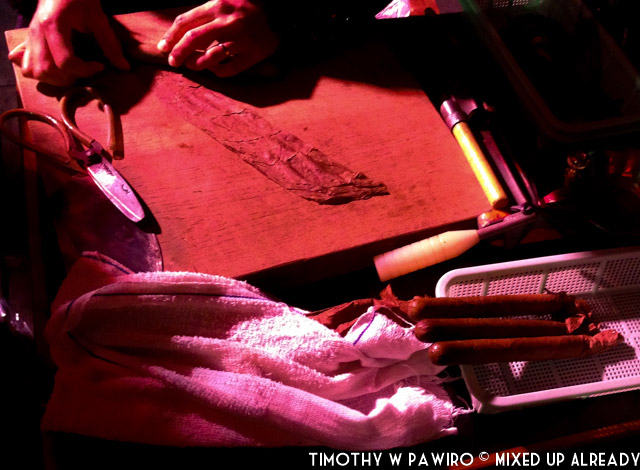 Beside the free flow of wine and cigars, there were plenty of food where some of the food can be found on the thematic dinner such as ‘Kampung Nelayan’ that usually happened on Friday Night. The guests could start with the appetizers first, there are soups and various nice selection of tapas then go the main dish, where of course one of my favourite foods is available during that evening – The ‘Kambing Guling’. There are more for non-lamb lover, such as my favourite cooking station from ‘Kampung Nelayan’ – The Wok Station, with its delicious super-healthy vegetables, then they also had the buffet food, BBQ corner – with seafood and chicken. Not forgetting the dessert to close your dinner 😉 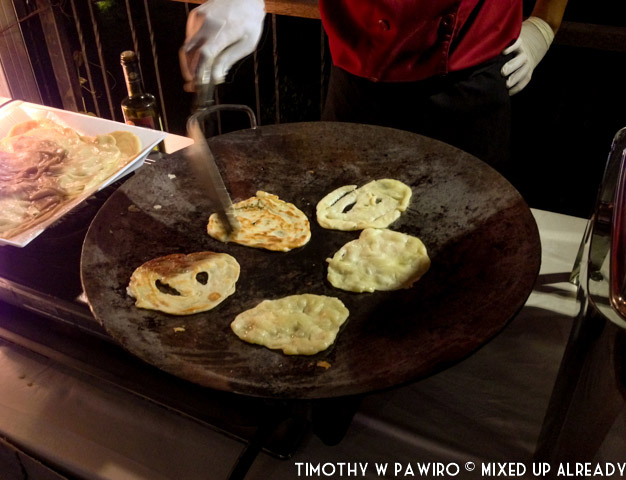 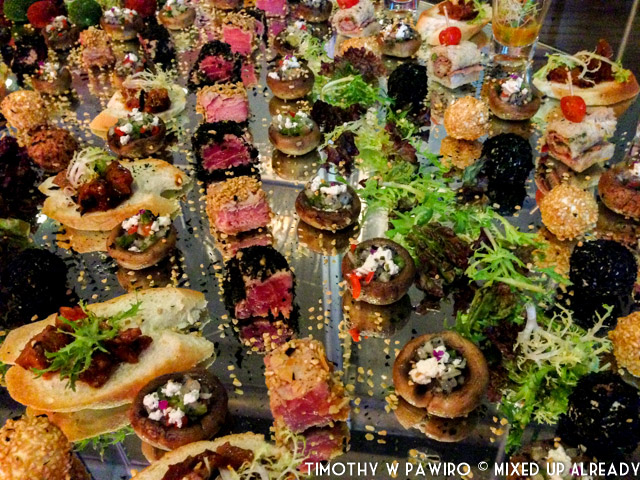 The wine that was being served during that evening is surprisingly from Bali. The name ‘Sababay’ is actually the name of a beach in Gianyar area in Bali. They support the local people so the people can work in the vineyard and the winery. The support is also by giving the knowledge of the land management, so the farmers know how cultivate the land, and other knowledge such as fertilizers, etc. The hope for this sharing knowledge is that the farmers can have their own vineyard which at the end will increase the life of the farmers.

Yoke Darmawan from Sababay is explaining about their winery in Bali

To help and to maintain the quality so the wine is can be said equal or even higher than any famous international wine, Sababay decided to import the high quality equipment from France. Not only that, Sababay also has a wine expert or they also called it The Winemaker – Vincent Desplat, who is originally from France.

One of Sababay consultants, Yoke Darmawan, who accompanied us and share some of the stories from Sababay also mentioned that their product has won several awards, and we got a chance to taste some of their wine. I did try their Moscato and Ludisia, but my favourite is of course Moscato. It’s quite interesting that when I smelled the wine, it does smell like beer, and the taste is so light and so refreshing. Apparently this wine is being made to grab the ‘beer market’ or for first drinker, that’s why Moscato smells like beer 😉 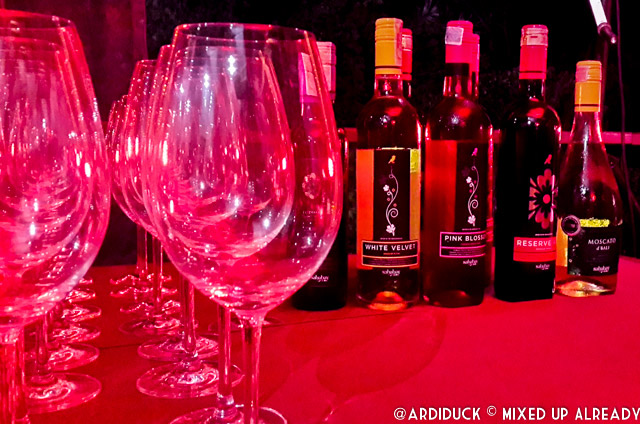 The main reason why I looked forward for this event was to watch D’Cinnamons performed live! 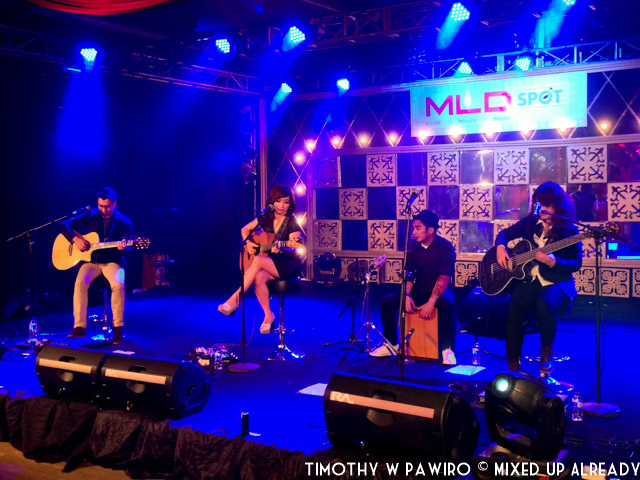 D’Cinnamons is one of my favourite Indonesian bands that is originally from Bandung. Why I love this group so much is because they play the song acoustically with just guitars and percussion. Plus the unique voice from their lead vocalist – Diana Widoera [Dodo]. The other members are Ismail Bonaventura and Riana Mayasari, with the help of Mike Smatenreyd in percussion. I was so excited that they finally played on the stage until I walked to the front near the stage and left my friends on their table! Lol. I wanted to enjoy their performance closely and I did manage to record their performance using my friend’s Samsung SIII. Quite a good quality videos! Such a WooHoo! moment during the evening 😉

They also surprisingly had a duet, wait two duet performances with Dinda – The PR coordinator from Padma Hotel Bandung.

To share my WooHoo! moment, there are three videos of D’Cinnamons. Quite disappointed that the phone battery was very low during the last video so the recording stopped before the band finished it 🙁

[ I didn’t realize that Dodo almost fell in the beginning of the song, until I watch this video! 😮 ]

Well … Then it’s time to take the photos with them … 😉

[Left: photo with Dodo – The lead vocalist of D’Cinnamons][Right: selfie with Ardi + Bona and Nana – members of D’Cinnamons] – At 5th Anniversary of Padma Hotel Bandung [Indonesia]

This event was held at Champaca Deck of Padma Hotel Bandung on 30th October 2014.