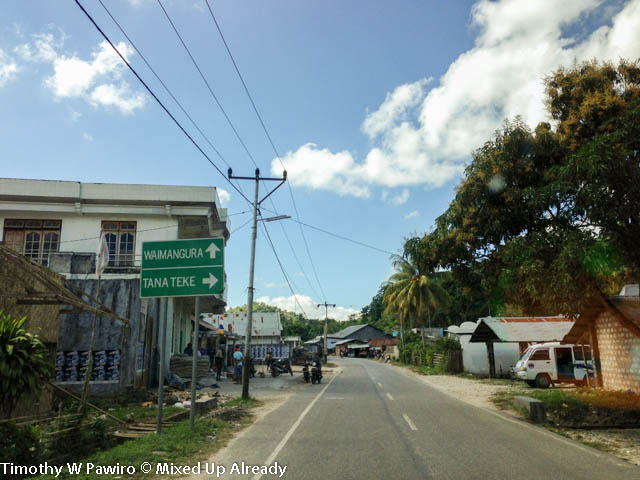 When I decided to visit my friend, Sinthya, in Sumba; we agreed to visit Tarimbang for at least two nights. It is an area in the southern part of Sumba Island, but it is actually part of East Sumba. It was quite a long way from Weetabula that is in Southwest of Sumba. The challenge in Sumba at that time was the transport and the road condition outside of the city area. The transport itself, if you decided to rent a car plus the driver, would be quite expensive. The reason was the number two, which was the road condition and the long distance. Some of the road, especially in the city, such as Weetabula is good, but when I entered the area near Tarimbang, the road was actually made from white limestone (?). It is good if you have a travel companion with you, so you can share the cost. During this trip, it would be Sinthya and Halim 😉 But if you have more time, you could always use other transportation method that is available in Sumba.

Several days before the day, unfortunately Sinthya told me that she was actually on duty at the hospital, but she would definitely join myself and Halim on the second day. So it would be only me and Halim then. The trip itself took for about 5 hours or so from Weetabula to Tarimbang. Would it become a boring road trip?

Apparently it was not at all.

Because we were displayed with the gorgeous view along the way, especially after we reached the national park area. A vast hills on the left and right side of the road, with beautiful blue sky!

(part 1: the city and the suburban area / village)

When you pass some houses in Sumba, you might wondering of a small semi-open-air mini house in front of the main house. That is actually the family tomb, and you will not only find one house that has a tomb in front of their main house, but you will find plenty of them in Sumba. Some said, it is a reminder for the family that at the end of life, you will return to God. 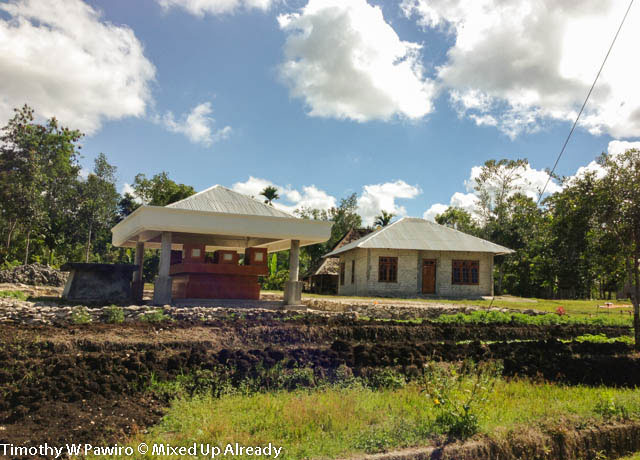 The tomb in front of the house [Sumba – Indonesia] 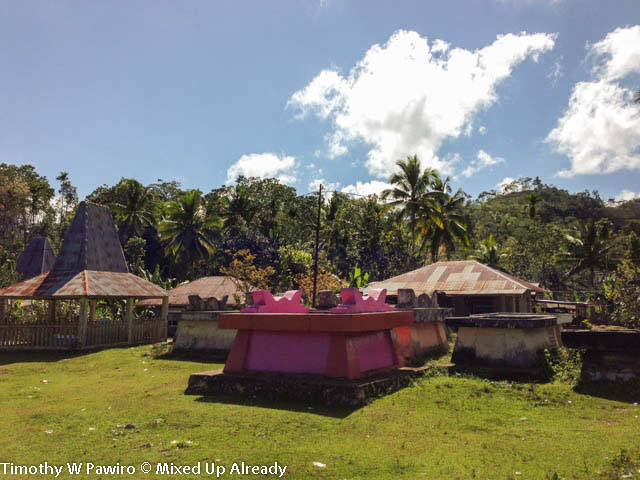 Another tombs sighting along the way [Sumba – Indonesia] 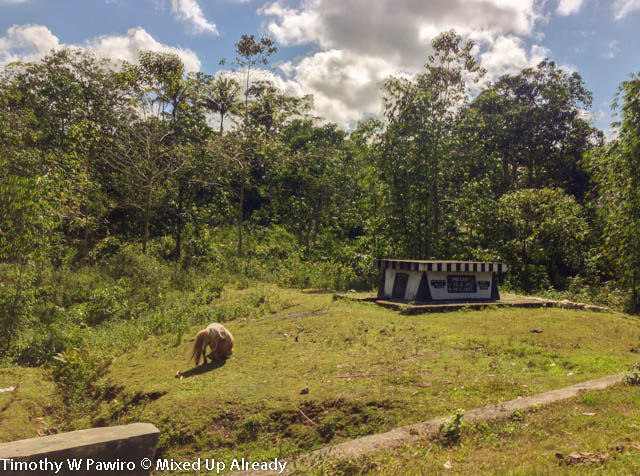 The horse and the tomb [Sumba – Indonesia]

Another thing you will see common in Sumba is the horse. Halim said that if you do not take a picture of a horse while you are in Sumba, then it is the same that you did not visit Sumba lol.

I only remember that we passed Waikabubak area (so I just named this part as ‘in between’ lol), but we saw various scenes along the way, from just trees, savannah, hills, and surely with a blue sky. From bigger road until a smaller road. I don’t think I closed my eyes for a sleep, well … perhaps I did sleep for a while. Lol. 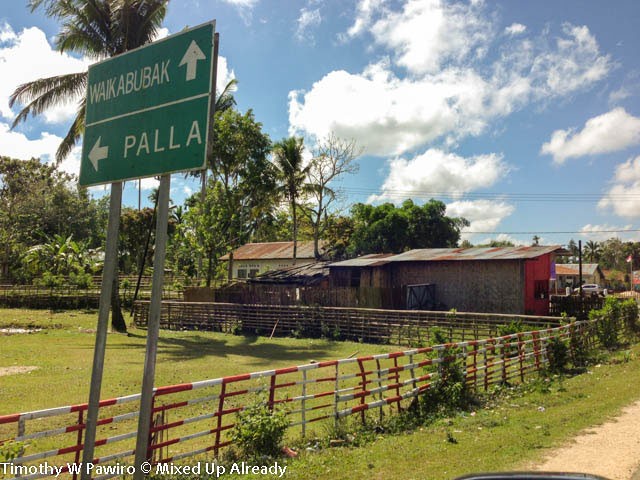 Waikabubak, one of the area that we passed along the way to Tarimbang [Sumba – Indonesia] 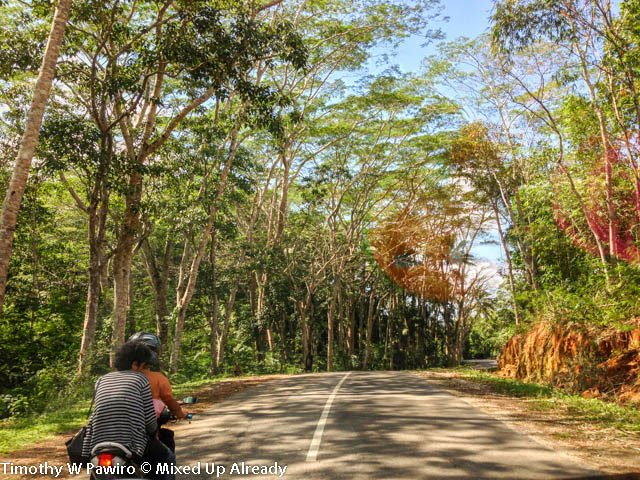 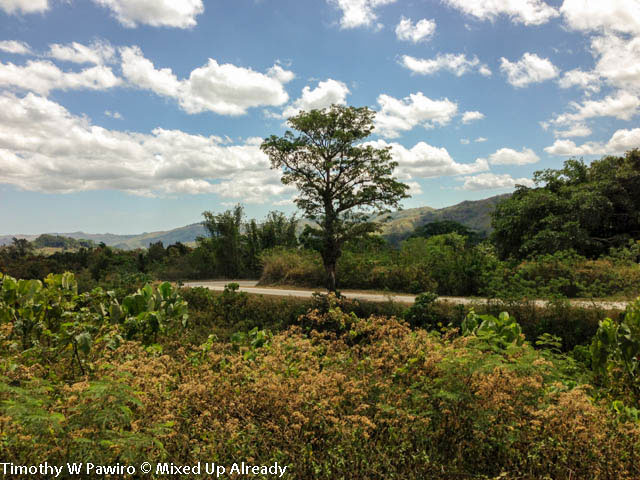 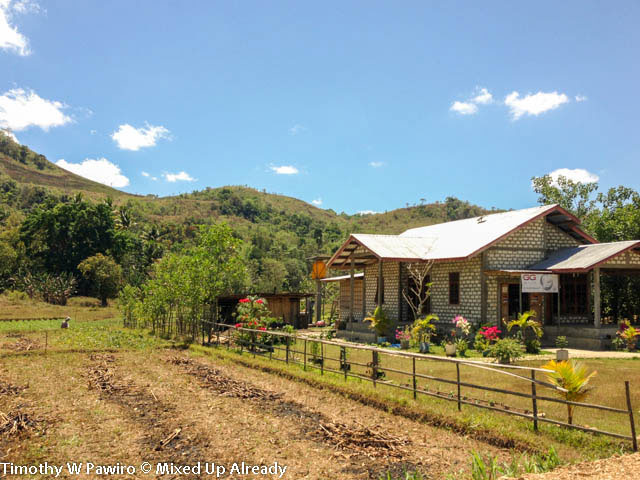 Now … Have you watched ‘Pendekar Tongkat Emas’? This movie was filmed in Sumba, and many scenes were shot with the hills setting there. Watching this movie really reminds me of my trip to Tarimbang, although I did not walk from hills to hills haha.

Anyway, this was where the road condition became not that smooth. Most of the time, there would be only one road that went up and down, left to right, following the shape of the hills. Not sure whether I will know the way, if I drove there myself. lol. 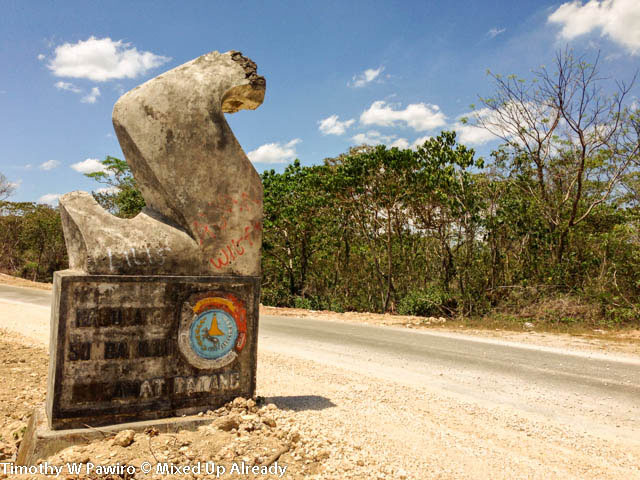 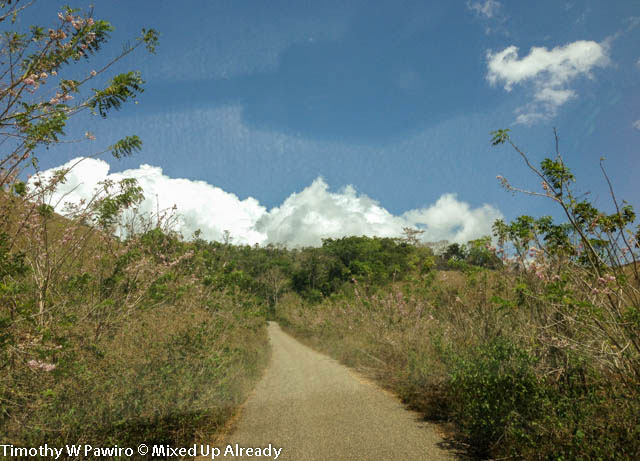 Perhaps it was a shortcut to Tarimbang? Did not remember though … [Sumba – Indonesia] 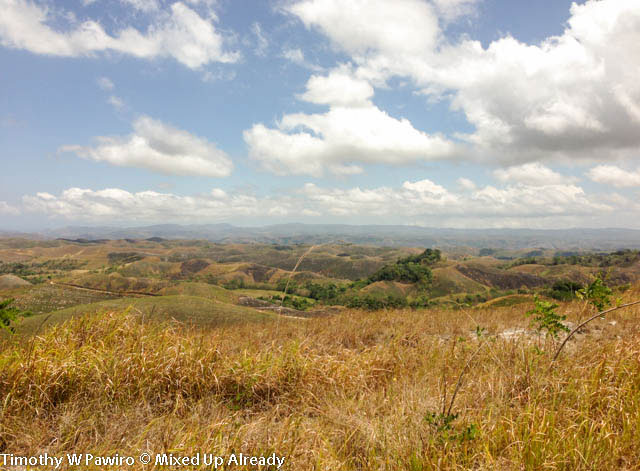 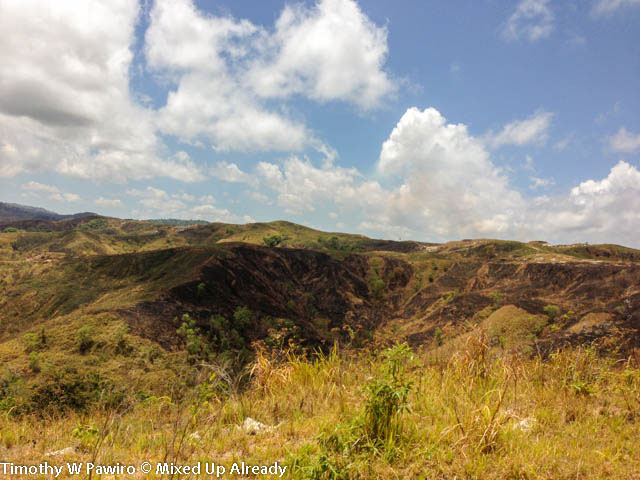 Another view of the vast hills [Sumba – Indonesia] 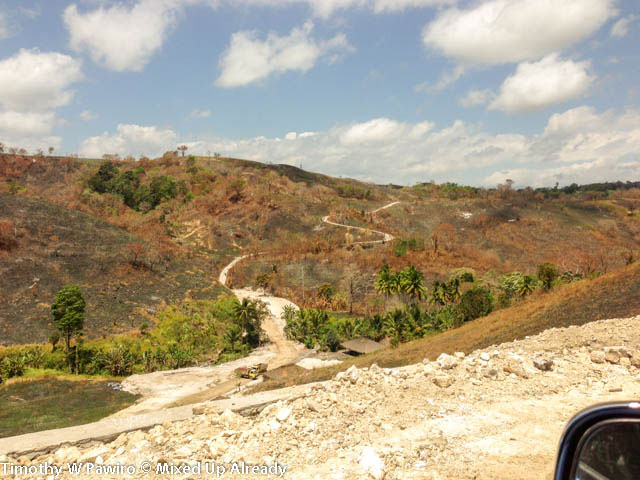 After a 5-hour trip on a long and winding road, from Weetabula to Tarimbang, I was really glad that we arrived safely there, and got the view of Tarimbang bay from above. 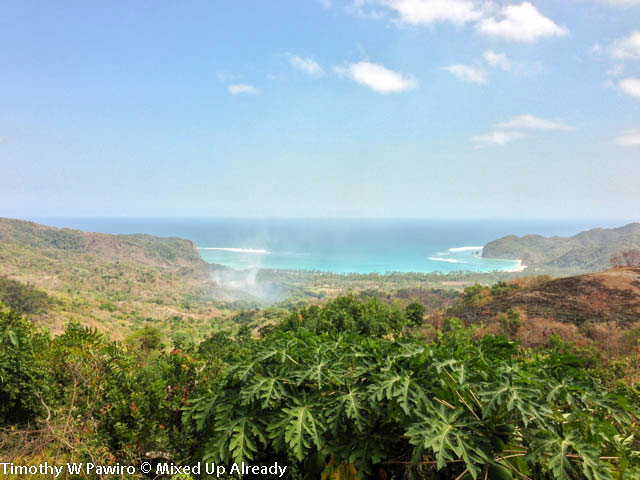 Me and Nelis who drove us to Tarimbang [Sumba – Indonesia]