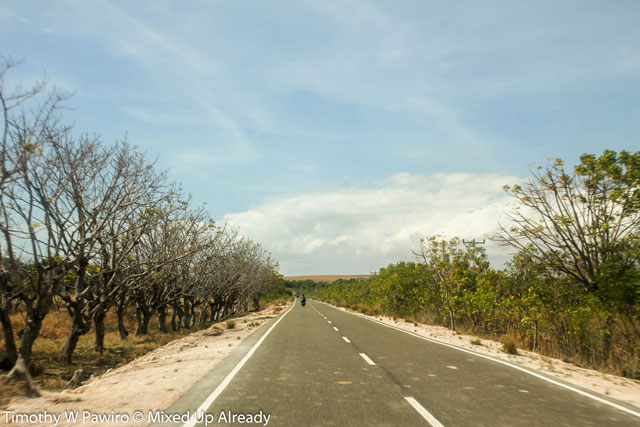 What makes Sumba interesting is the traditional culture, where some of the people are still using the big stone for their tomb, just like the megalith era. During our visit (myself and Halim) to Waingapu – East Sumba, we planned to visit some of the traditional villages which I guess are quite famous. Their house are still traditional and they still use the tomb with big stone as the grave. We have discussed with our driver about the location of these villages, and agreed to head to Melolo. 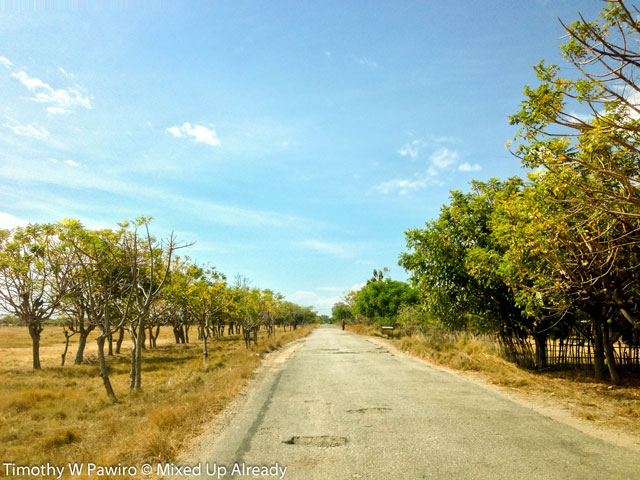 Not so good road condition to Melolo [Sumba – Indonesia]

The trip from Waingapu to the first village took about 2 hours. The name of the first village is Praiyawang Village. When we arrived there, we could only see several houses on the complex located on the left and right side of the complex. The centre part was dedicated for the tombs and they immediately caught my attention. 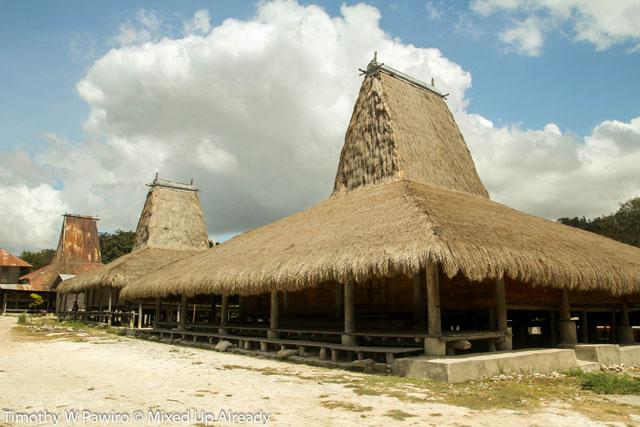 Some of the houses were using thatched roof, while some used zinc for the roof. One of the thing that was interesting is how they use the cylinder wood to be the structure of the house, and how they tie the wood. I think they used some kind of a very strong plant root to bind the wood together. 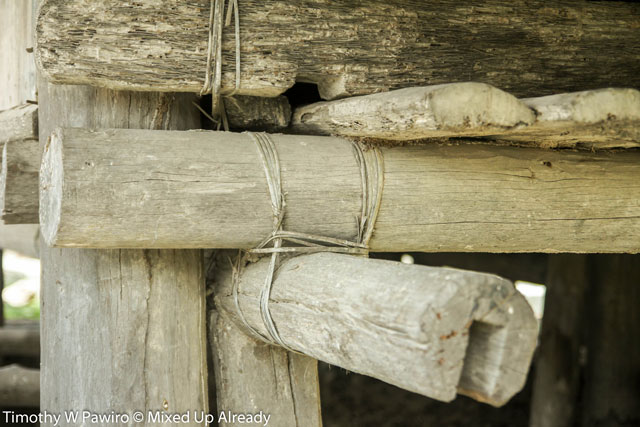 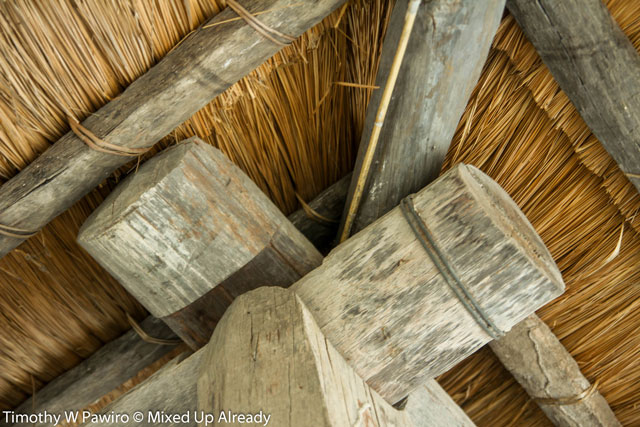 Another interesting thing is the tomb itself. Well not only the tomb, but the statue that were placed on the tomb. There were various statue that I could see, from a person, a bird, bull with long horns, and so on. 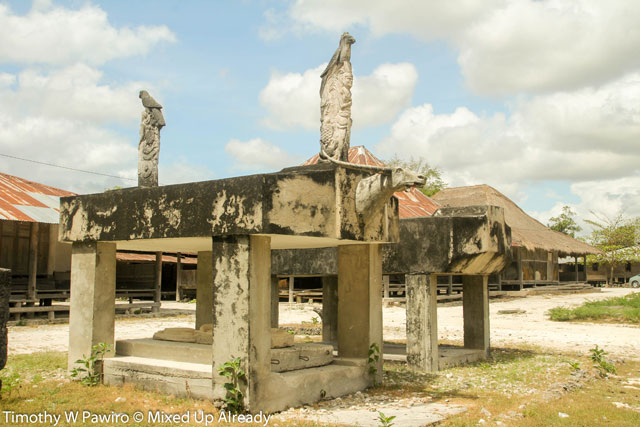 We also heard a short story from the local people who stayed in that village. He said that they usually put the body of the deceased inside their own house while they are saving up the money to hold a traditional feast to bury the body. Sometimes, there were people who already kept the body in their house for about 10 years!

He then continued shared that before they buried the body inside the tomb; the body needs to be sent to the ‘morgue’ first, which is a house that is dedicated to keep the body. The transfer of the body needs a traditional feast.

Besides the tomb, the people here also make traditional clothing. It is a handmade, so the price would be expensive. Prepare some cash if you are interested to buy the cloth 🙂 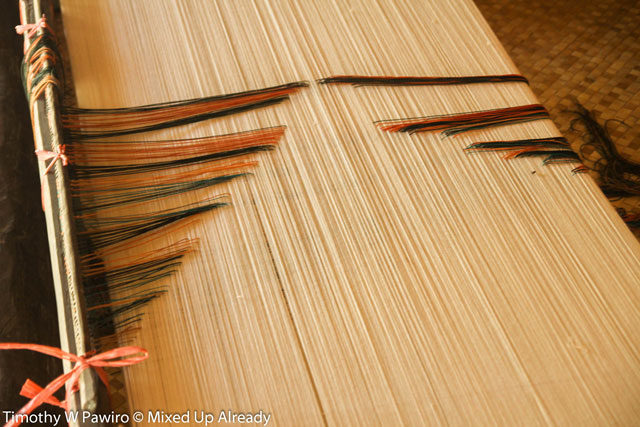 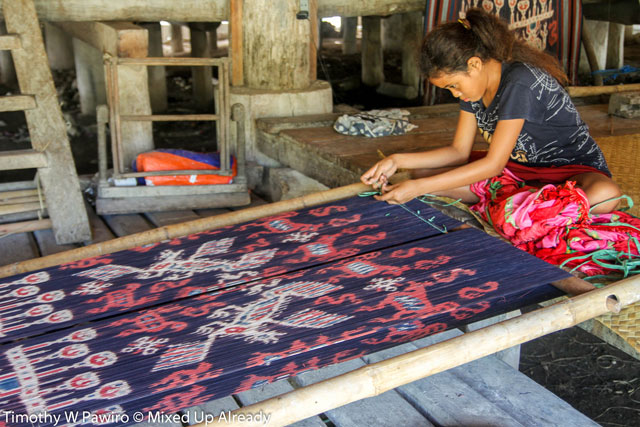 The second village that we visited was Pau village. The location is quite close with Praiyawang village, which was about 30-minute drive. Pau village is almost the same with Praiyawang, but with more variations of the statue on top of the tomb. I could see various animal statues, such as bull, turtle, crocodile, roosters, and even pig! There was also a statue of a man riding a horse. 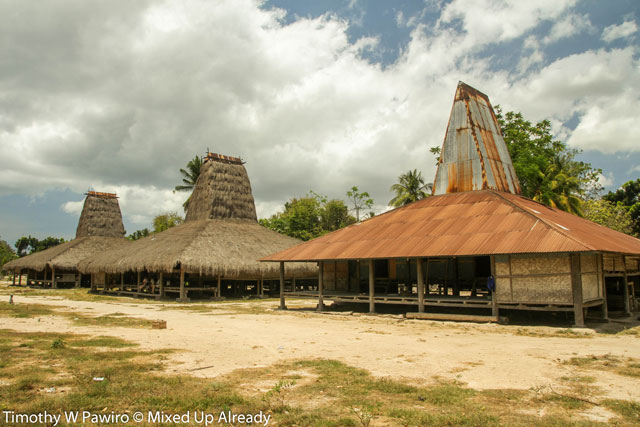 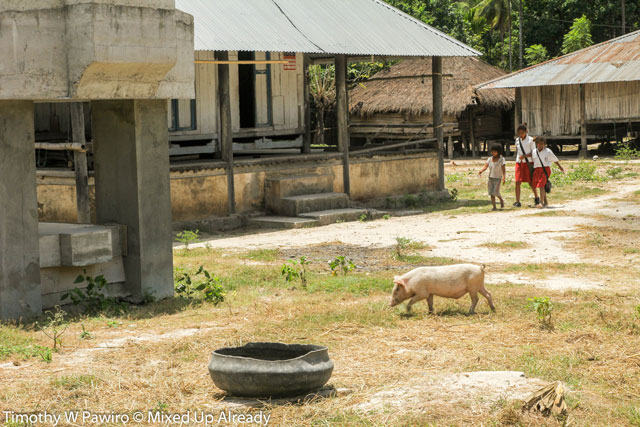 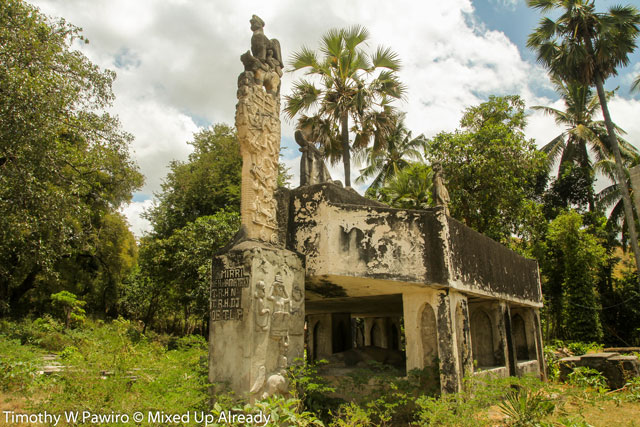 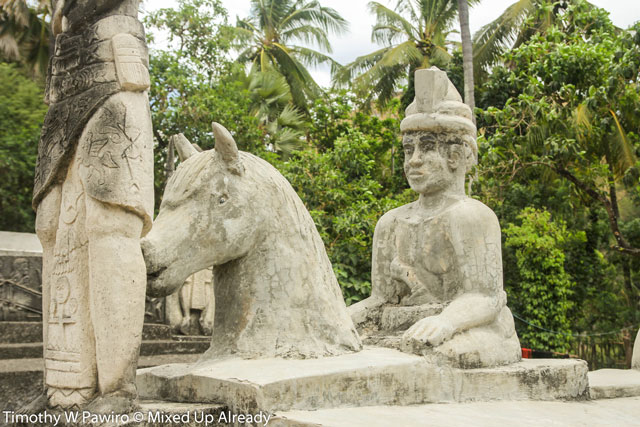 Besides visiting traditional village, we also visited one beach on our way back to Waingapu. It is called Walakiri beach. What makes me loovveeee this beach is the fact that we visited during the ebb so we could just play-play on the beach, plus the beach is sooo white!

And also there were not much people during our visit at that time ~~ well who goes to the beach at 12PM anyway?!?! Lolllll …

It was actually a super hot day but we just did not care haha!

Applied the sun block and whooshhhh … to the beach!

So here are some photos of Walakiri beach … 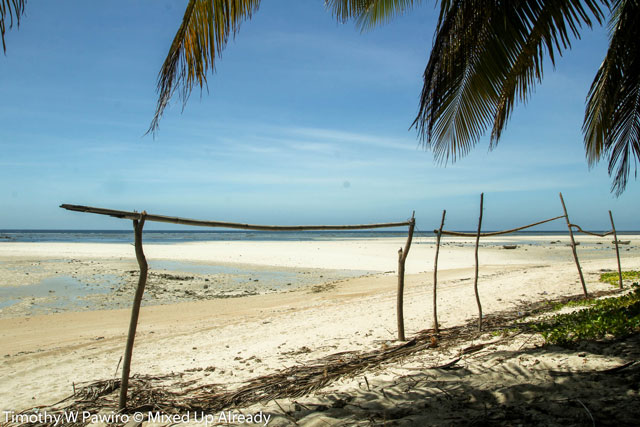 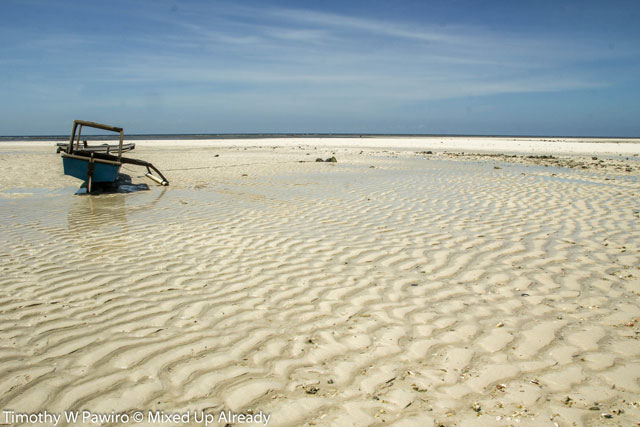 Glad that we visited Walakiri beach during ebb [Sumba – Indonesia] 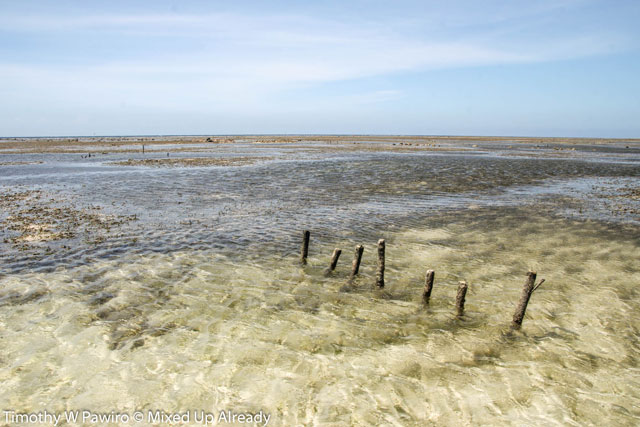 A lot of seaweed at Walakiri beach [Sumba – Indonesia] 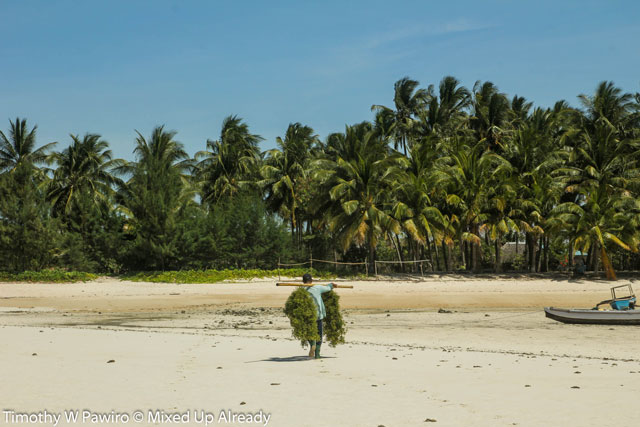 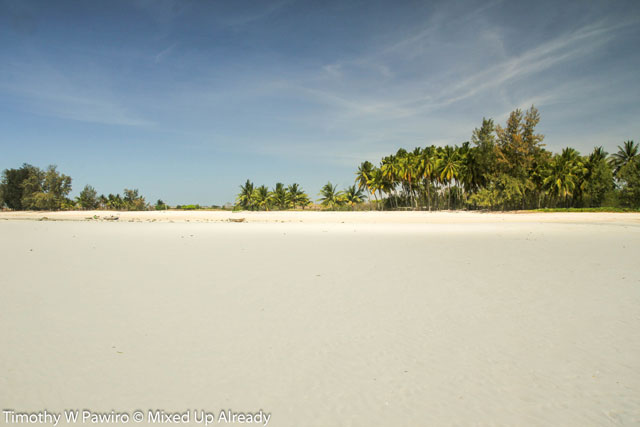 Love to play-play at this white beach